I don’t know if it’s here to stay but Springtime seems to have arrived in and around the Asheville, NC Area. Of course, it snowed on Sunday morning but that seems like light-years ago (how fast are those, anyway?). I have found myself standing out-of-doors for longer and longer periods of time, somehow engaged in lengthy conversations with Those I might have otherwise quickly walked past. The dream of light green and pastel colors is not quite realized, yet, however, the purple and brown of Winter is still holding court in the Forest. I sit with my coffee cup and speculate as I hear the birdies chirping: what kind of day will this be? I hesitate to don my shorts-pair as yet, while others have been in theirs for days now. It does seem like a dream: the long Winter’s nap is over! Although for those North of the Mason and Dixon line, it could continue for several more weeks. I’m sure to keep lots more UPdates coming, so please do stand by. No one wants to miss any more yada-yada. It’s easiest to check back every couple months to see what I put next, or just scroll down! 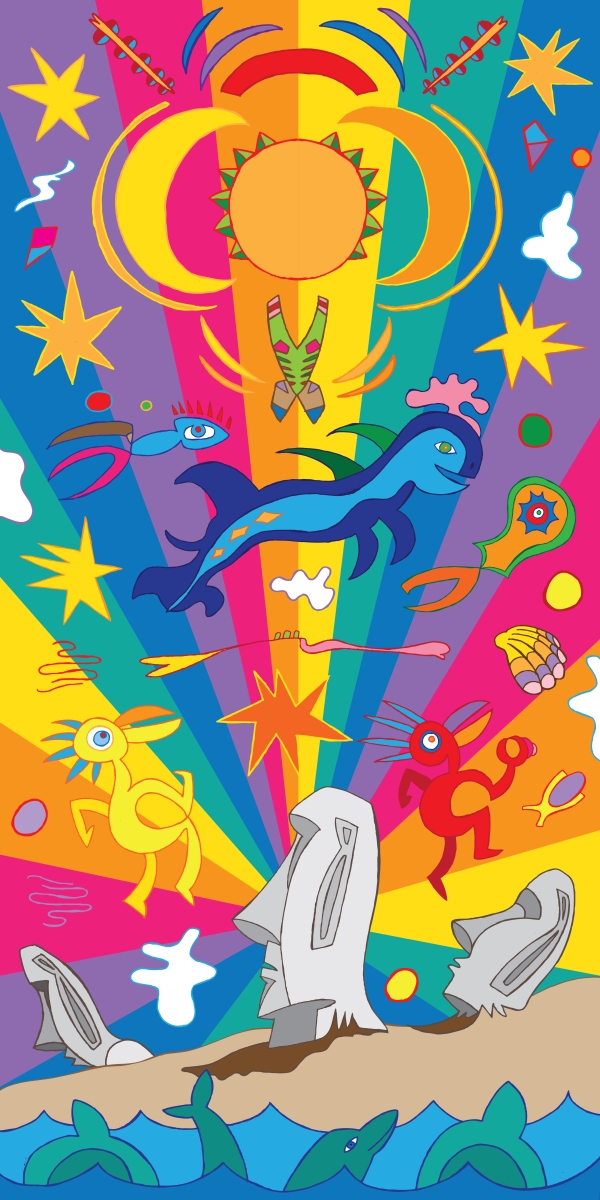 10-10-13 I am beginning and have already begun the most challenging and ambitious undertaking of my Life, thus far. I have come up to Connecticut, in the midst of the Brightest Colors of Fall to stay on a Lake which reflects them back up into the Sky.

I am here to write and record a Song, to paint a 20 foot by 10 foot canvas, depicting the ideas conveyed in the Song and to be filmed while painting to make a time-lapse Movie of the process and then to make another 10 foot by 4 foot canvas REvisiting an earlier Painting, in an ALL-new format.

Before I left Asheville, I had to figure out how to create a 20 foot by 10 foot canvas. This was a complicated process, especially because I could not find the amount of canvas I needed in one piece, involving a lot of help from my Friends. I called Kim Pitman and Her friend Martha Howell Burnette (who works at Cross Canvas) to see about acquiring a large roll of Canvas. They were able to help Me out and I purchased that roll and brought it back to my Shop, where two 20 foot by 60 inch rolls of canvas were sewn together by Justyn Thompson with Greg Philipp and I helping to feed the giant wad and then the next day, Bethany Adams of Rhetorical Factory came to my Shop and help me sort out what else needed to be done to the canvas, it needed more seam sewing and it needed sleeves in the top and the bottom and it needed stitching down both sides, so it wouldn’t fray, as it is going to be suspended from a pipe, instead of being on a stretcher.

It took three days and three friends to make that into a reality but that’s not where the support and encouragement end, there are also Ami Worthen and Jason Krekel, Anita Lorraine Kinney, my Mom and Dad and Emil Nomel, who has spent all day long here helping Me figure out this complicated song and Meredith DiMenna for making this a reality. We’ll see what happens next, today has been very productive, so far and We are still going.

I’ve had some winter travels up to Vermont, and now I’m back to work. 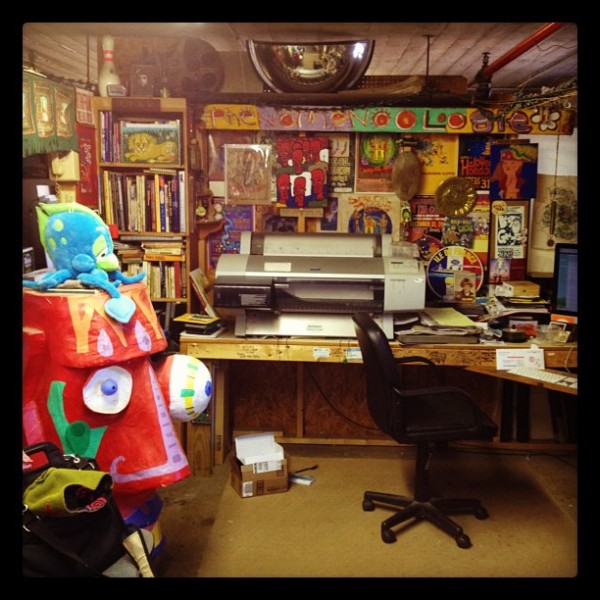 If you live in the Asheville area, I highly encourage you come see Crystal Bright & the Silver Hands in concert at Robert Seven’s amazing Artoretum this Thursday, November 17. Click here to watch their latest video below and get a taste of the music.

Click here for directions and more info or email logdove@gmail.com. 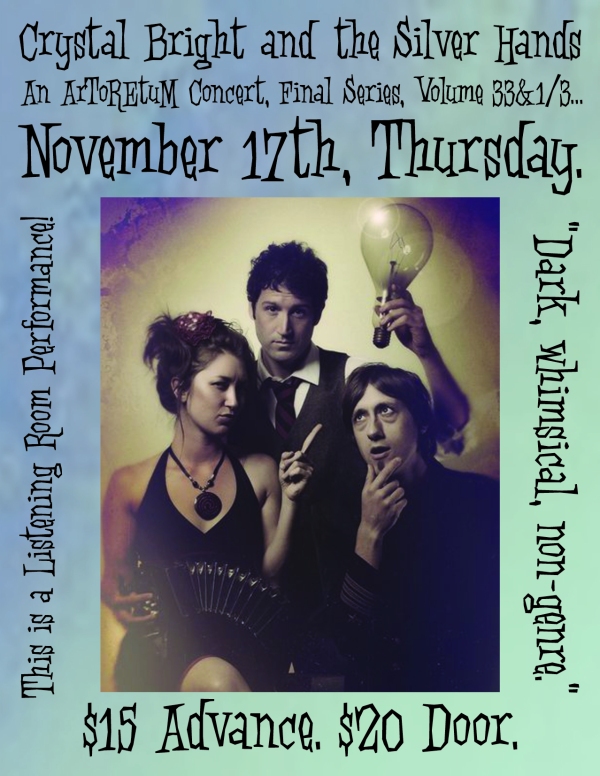 Once again I’ll be setting up the Dynamic Art Gallerie at the French Broad River Festival. Here’s a poster I designed with Justyn Thompson’s input. Hope to see you there! It’s gonna be fun!

Here’s an image I created for this year’s Doo-Nanny, which will be on Butch Anthony’s farm in Seale, AL March 25-27. I’m printing this on t-shirts which will be available at the Doo. Find out more about this one-of-kind lo fi festival here: www.doo-nanny.com.

French Broad River Festival 24th Animal: (I do not own the rights to the snippets of background music) #fbrfc
tunnel ride-thru at night.
people always ask who takes all your pictures and it’s just me with the self-timer, you know... comin’ down from up top.
Tall Gallalahad!